You are here: Home / The Open Blog / The Biggest Climb Ever?

The Biggest Climb Ever? 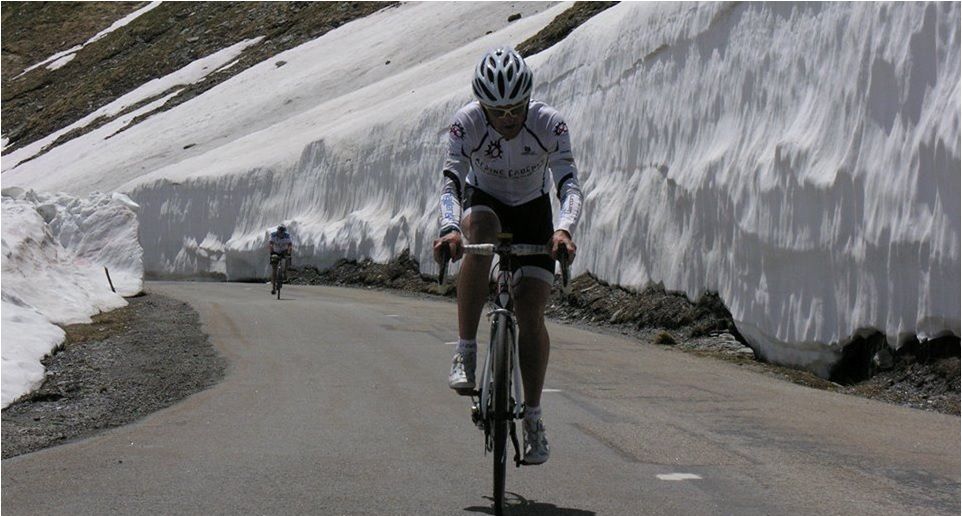 This weekend marked the start of the annual Tour de France and with a phenomenal grand depart from Yorkshire this year I think it's safe to say that the UK will join the rest of Europe with cycle fever. We, as a nation, have become road cycle mad in recent years, but none more so than our Peisey Vallandry Resort Manager John Thomas who is about to take on a phenomenal road cycle challenge this summer. Not satisfied with his previous challenge of covering the greatest distance in 24 hrs (he rode 661km by the way, which is the equivalent of riding from London to Edinburgh!!) this time John is going to push himself to the absolute limits both physically and mentally. His challenge? To climb the most vertical metres in 48 hours. Simple really.

Perhaps a little background on John might set the scene here..... 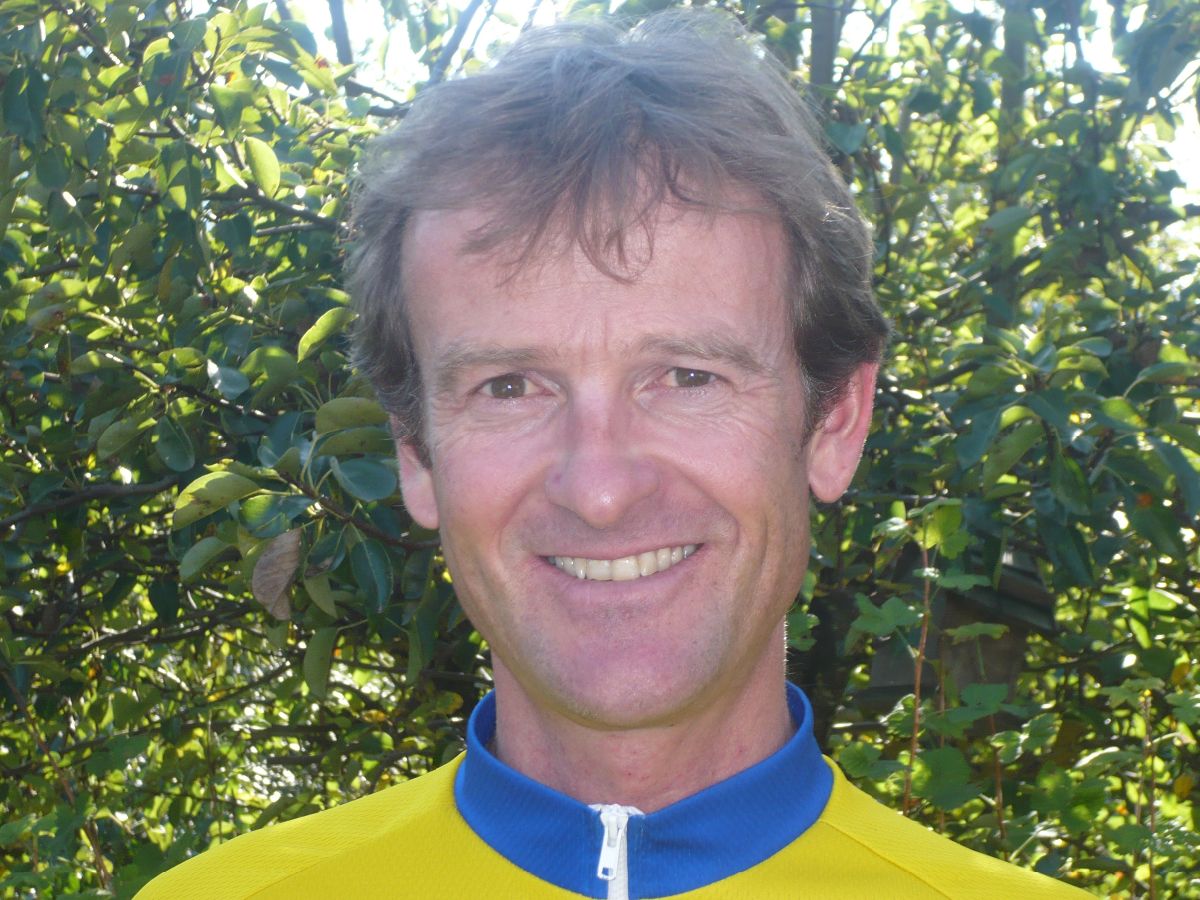 John has been managing our Peisey Vallandry Ski School since 2003, where he lives with his wife Carolyn. In the early years he enjoyed restful summers, until the Tour de France passed his house in 2005. Instantly sold on road biking, he bought his first bike. And before you can say "road rash" he was hooked!

It took a few years before this hobby became a career path for John and in the autumn of 2009 he set up his own road biking company, Alpine Cadence, who are based in Vallandry. So as the snow begins to recede around the Paradiski area each spring he dusts off his bike and takes to the pedals to ensure he's at the peak of his cycling fitness before the arrival of his guests and the Strava wars begin.

If you're new to the world of road cycling and the name Strava means nothing to you let me share a little insight into this road cycling app which has gripped road cyclists the world over. Essentially it measures the distance you cover on each ride via your mobile phone, recording the speed you rode. Its predominant use however is a actually as a public leader board and the stakes are high as riders compete to win KOM (King of the Mountain) status on a section of a ride. As well as awards you can also gain kudos for rides and I'm told that's a pretty good thing. At least the way my husband's face lights up when he receives some would suggest so.

Anyway, I digress..... Hopefully the scene is now set and we can pedal forward to the present day once more. John is no stranger to challenge. Not only did he complete the aforementioned 24 hr cycle challenge in 2011 but he also annually competes in the annual Etape du Tour, taking on one of the toughest stages of the tour. Regularly finishing in the top 3 British riders and top 100 overall, his performance isn't too shabby either. Just last weekend he competed in the Marmotte, deemed to be one of the hardest sportives in the Alps. With 5000 m of climbing over 174 km it's a challenging day for even the fittest riders and it's reassuring (given his challenge ahead!) that John finished 67th out of a field of 7500 riders. He was the third British finisher with a hugely respectable time of 6 hrs 21 mins. 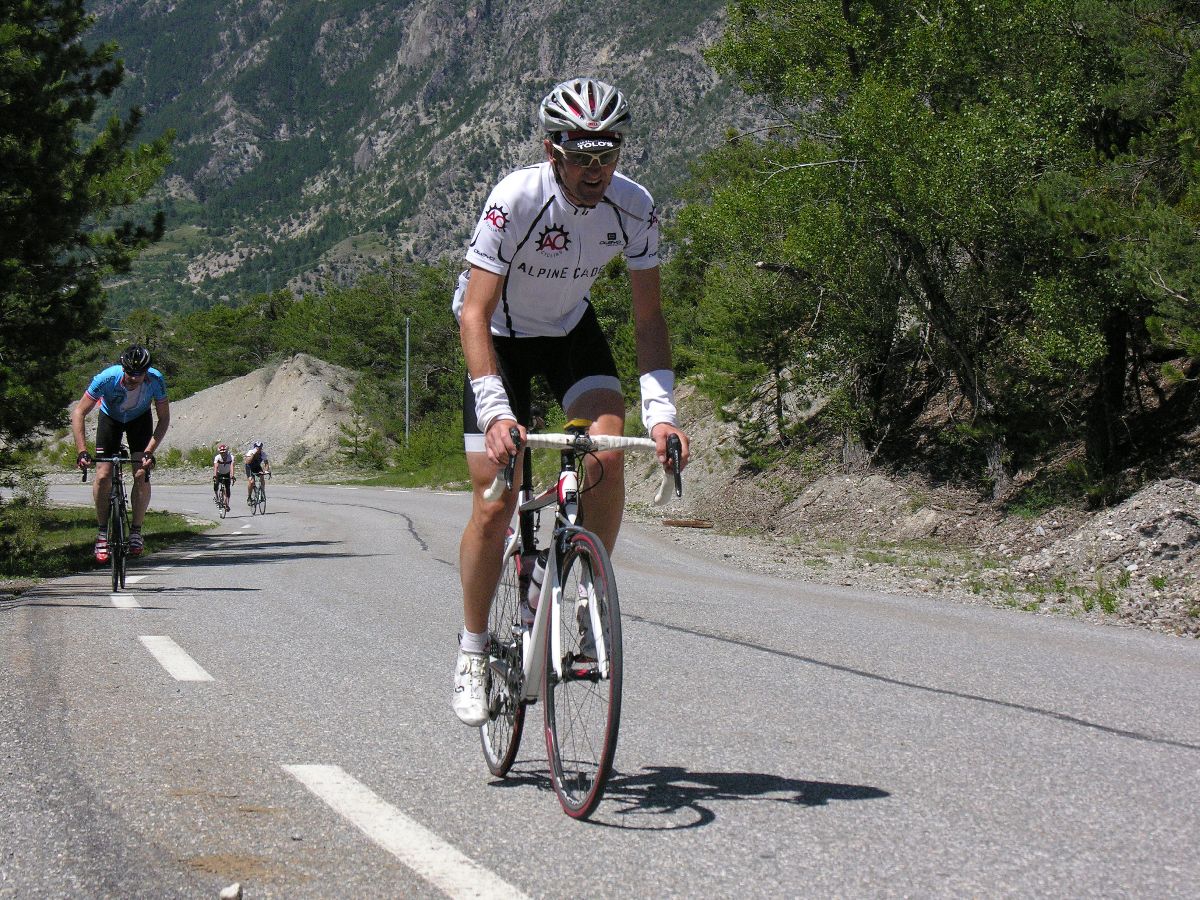 So why this challenge and why now? I put this to John who said this was a good question. After pause for thought he told me that he was fascinated to find out just how far you can push your mind and body and how he'll react when pushed to the limits. Clearly a glutton for punishment! He also admitted that he quietly hankers over the idea of holding a world record and entering the Guinness book. His choice of challenge apparently came about when flicking through the great book too. After reviewing all the cycle challenges he thought this the only one he had a cat in hells chance of beating. As good a reason as any I guess! Although at 46 yrs of age, twice that of the current record holder Jacob Zurl when he set the record in 2012, he faces a fair old challenge.

So what will this incredible challenge involve? In order to beat the current world record John will need to cycle almost continuously for 48 hrs. He'll take brief breaks every few hours to eat, use the toilet and get brief massage relief on his aching limbs. Given the difficulty of the standing record he will not be able to sleep in that time. I don't know about you but two nights without sleep sounds torture enough without the consideration of the saddle soreness, cramp and exhausted muscles. He is expected to burn somewhere in the region of 33,000 calories during his challenge. That's the equivalent of 126 Mars bars or 275 cereal bars. That's some serious 'carb' loading in the run up to the challenge as he will struggle to consume anywhere near that during the challenge.

The rules of the challenge are strict too. To earn himself a world record he must complete a series of the same climb repeatedly. John has chosen a 1.6 km climb up to the Montchavin ski station which he will need to climb 258 times to beat the record of 28789 m climbed in 48 hours. The stage is being officially measured as I type. 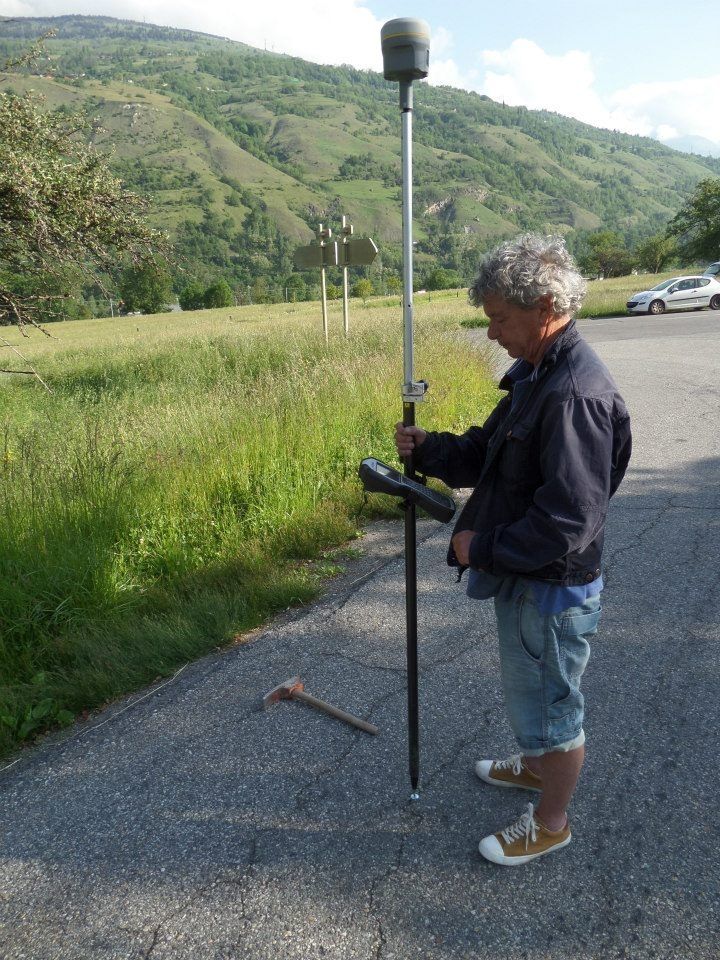 What John fears most though is the mental challenge that pushing himself to the very limit will bring. He describes himself as stubborn and hopes that will help him through the darker moments. That and a little help from him friends..... John is lucky enough to have help from his friend and colleague Martin Rowe who will be his support driver throughout the challenge. Anna from Massage Me will also be on hand to provide massage to stop his exhausted limbs seizing up. And I dare say his wife Carolyn will there keeping him stocked up on Vegemite sandwiches. He's also hoping to have a few friendly faces joining him for a leg or two and spurring him on. If you live in the Vallandry region or are passing through during his challenge then I know your support would be most welcome, either as a cycling buddy or an encouraging spectator.

John is an avid supporter of charity and this year has selected Medicins Sans Frontieres to support through his challenge as he hopes it will have international appeal. He hopes to raise €5,000 and any donations to this worthy cause would be gratefully received via his fundraising page. Alternatively, his Facebook page which will chart his progress in the lead up to the big day and in the aftermath!

John, we wish you every luck and we'll be there on the hill to cheer you on. And we'll be reporting back with John's progress in the lead up to the big day (or days in fact) as well his attempt so stayed tuned for tales of blood, sweat and tears in his bid for that no 1 spot.